The island of Benidorm, discover its secrets!

Benidorm remains the favourite destination of many. In fact, every year it receives thousands of tourists who cannot resist its charms.

Moreover, it is a city that is attractive not only in the summer months, but all year round.

Although there is no doubt that one of its greatest attractions is its beaches, they are much more. If you have never been in this city, you will surely be surprised by its skyscrapers, its streets always full of life and its infinite leisure options. You will also be surprised by Benidorm Island, which you can see from almost any point in the town. In the following lines we will help you to discover all its secrets. Don’t miss them!

What is the origin of Benidorm Island?

The history of Benidorm Island mixes reality and fantasy. In its time it was also called “Isla de los Pavos Reales”, but today these animals have practically disappeared from the area. Since 2005 it belongs to the Natural Park of Serra Gelada.

In its more than 50,000 square meters inhabit a good number of birds and has a very abundant flora. Moreover, its waters are perfect for diving and if you do so, you will be able to observe different marine species, including some moray eels.

At present it is uninhabited and the only building that remains on the island is a restaurant. History shows that it has had residents in the past. For example, Berber pirates used it as a base for their attacks. In 1834 some families from both Benidorm and nearby Villajoyosa took refuge on the island to escape the cholera.

But its history goes back much earlier than that mentioned, since in the Neolithic it was already used as a base for fishing and there is archaeological evidence dating from the time of the Roman Empire.

In 1871, fishing in the area had to be regulated, as the area was so productive that it caused conflict between the fishermen of Benidorm and Villajoyosa so it was agreed that they could come on alternate days.
In the sixties of the last century tourists began to show interest in visiting the island. The fishermen of the area would take them to the island in exchange for a small economic compensation. Later, they began to sell soft drinks and the place where they did so, the guard’s house, became over time the restaurant we have already mentioned.

What does the Legend of the Island of Benidorm say?

Now you know what the official story is, however we also want you to know the Legend of Benidorm Island. The city is surrounded by a mountain range. One of these mountains, Puig Campana, is missing a piece. There are several legends that would explain the unique shape of the mountain, which we tell you about here.

The first of these legends tells that the horse of Santiago when he was going to save the Christians kicked the mountain with the fortune that it broke off a piece that reached the sea and became the Island.

Another legend tells of a giant named Roland who fell in love with Alda, a beautiful young woman. Together they lived for a time in the mountains, until an evil man cursed them, claiming that their beloved would die at sunset. Trying to avoid the curse. Roland kicked the mountain to receive the last rays of sunshine and to prevent, though without much success, the sun from setting. That piece ended up in the sea and became the Island.

There are some other legends related to Benidorm Island, some of them even talk about extraterrestrials. Without doubt, the inhabitants of the area needed to explain at the time how curious the hole in the Puig Campana is.

How to get to Benidorm Island?

The boat trip to the island is run by a single company. The excursion departs from the Port of Benidorm and from the Rincón de Loix. Check the timetables, but they leave every hour, both to go and to return.

The boat ticket to Benidorm Island costs about 15 euros for adults and about 12 euros for children. Check out the timetables and prices, especially if they offer discounts for families or groups.

The trip to the island takes about 15 minutes and includes underwater viewing before arriving at your destination. There is another boat on the island itself that offers you the chance to see the world underwater better. It is a kind of small yellow submarine and is a worthwhile experience.

The length of your visit should be decided by you, but we recommend at least two hours. Take the opportunity to see its beaches, but also to do some hiking. There is a small route that allows you to reach the lighthouse. There is only one cove from which you can snorkel and dive. It is a magnificent option, since the transparent waters will take you to enjoy unique images.

Without a doubt, visiting Benidorm Island is a plan you can’t miss on your next holiday in the area.

This site uses Akismet to reduce spam. Learn how your comment data is processed. 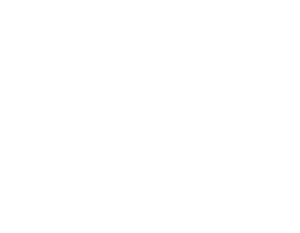 These cookies are used by advertising companies to serve ads relevant to your interests.